May 4 to 8: “Chunhyang”, created in 2020 for the 70th anniversary of the National Theater of Korea, returns to the stage. the changgeukor traditional Korean opera, is based on “Chunhyangjeon” or “The Tale of Chunhyang”.

Set in the Joseon Dynasty (1392-1910), this changgeuk tells the story of Chunhyang’s noble and pure love for Mongryong. Although the two belong to different classes, Mongryong and Chunhyang know that they are meant to be for each other at first sight. As Mongryong travels to Seoul to continue her education, the young lovers are separated by distance.

Meanwhile, a corrupt magistrate enters the office and forces Chunhyang to become his concubine.

The show starts at 7:30 p.m. on Wednesday and Friday and at 3 p.m. on Thursday, Saturday and Sunday.

May 10 – August 7: Musical Aida returns after three years. Set in ancient Egypt, the story follows a love triangle between three protagonists: Radamès, an Egyptian military commander, who enslaves the people of Nubia, including Aida, the princess of Nubia, and Amneris, the daughter of Pharaoh and the bride of Radames.

Returning home after the victory over Nubia, Egypt’s longtime enemy, Radames becomes interested in Aida. Without knowing that Aida is the princess of Nubia, Radames sends her as a gift to Amneris. Soon after, Radames and Aida fall in love with each other and Aida tries to balance her love for Radames with her responsibility to her people.

The musical, also known as “Elton John and Tim Rice’s Aida”, is based on an opera of the same title.

Yoon Gong-joo and Jeon Na-young star as Aida; Kim Woo-hyung and Choi Jae-rim as Radames; and Ivy and Min Kyung-ah as Amneris.

There are no shows on Mondays.

DISNEY IN CONCERT: BEYOND THE MAGIC
Lotte Concert Hall

The popular “Disney in Concert: Beyond the Magic” will be presented at Lotte Concert Hall in southern Seoul from May 13 to 15. [STUDIO BOB]

May 13 – 15: Since its Korean premiere in 2014, “Disney in Concert” has steadily grown in popularity. Children attend concerts dressed in the costumes of their favorite Disney characters, becoming an annual ritual. For the next concert, the Disney classics “Cinderella”, “Beauty and the Beast”, “The Lion King”, as well as “Frozen” and “Frozen 2” will be performed accompanied by the Ditto Orchestra.

Admission is not permitted for children under 48 months.

The concert starts at 8 p.m. on Friday and at 2 p.m. on Saturday and Sunday. 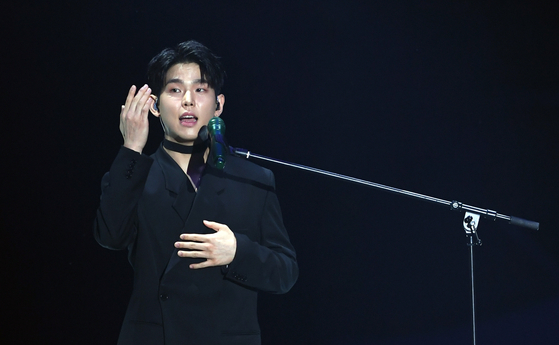 
May 14 and 15: Spring is here and so is the popular music festival “Beautiful Mint Life”. This year’s lineup of artists includes Daybreak, N.Flying, Paul Kim (pictured above), Soran, Lucy, J.Una, Lee Seung-yoon, MeloMance, and Jukjae, among others.

The musical is a dark comedy that revolves around a photo op of a strange old man who insists he was the understudy of a country dictator. It depicts the life and recovery of individuals who have lost their identity in society and ideology.

The musical begins at 7:30 p.m. on weekdays and at 2 p.m. and 6 p.m. on weekends and public holidays. There are no shows on Mondays.

May 24: Pianist Lim Dong-hyek celebrates the 20th anniversary of his debut. To celebrate, he will hold a recital featuring two of Shubert’s last pieces – Piano Sonata No. 20 in A major, D. 959 and No. 21 in B-flat major, D. 960. Both pieces are included in the upcoming sixth of Lim. album, which will be released on March 10.

Lim has often expressed that Shubert’s music “fits him like my own dress” and that he feels “this great sense of oneness” with the Austrian composer.

Lim first stole the show on the world classical music scene after becoming the youngest laureate of the 2001 Marguerite Long-Jacques Thibaud International Piano Competition in Paris and went on to build a successful career.

THE MAN WHO LAUGHS
Sejong Center for the Performing Arts Center, Grand Theater

June 10 – August 22: Directed by American director Robert Johanson, this musical is based on Victor Hugo’s 1869 novel of the same name. The musical has been praised for its set design, put together by designer Oh Pil-young. The story is set in 17th century England, where there was a huge gap between rich and poor.

The story revolves around the life of main character Gwynplaine and the unfair treatment he suffers from society.

For the upcoming production, singer Park Hyo-shin and musical actors Park Eun-tae and Park Kang-kyun are alternating the role of Gwynplaine.

June 11 and 12: The Universal Ballet Company will perform “Sleeping Beauty” as part of this year’s Ballet Festival. The ballet will adopt the traditional style of Kirov which offers a magnificent scenography with beautiful decorations such as silver cobwebs.

It is based on Charles Perrault’s fairy tale “Sleeping Beauty in the Woods”. It was turned into a ballet by Marius Petipa in 1890. The piece accompanies melodies by Tchaikovsky.

Until June 26: The Korean production of the musical “Death Note” is being shown at the Chungmu Art Center in central Seoul for the first time in five years. The musical is based on the Japanese manga series of the same title by Tsugumi Obha and Takeshi Obata. With music by Frank Wildhorn and lyrics by Jack Murphy, the musical premiered in Korea in 2015.

The story follows a high school student named Yagami Light, who comes across a notebook that kills those whose names are written in it. 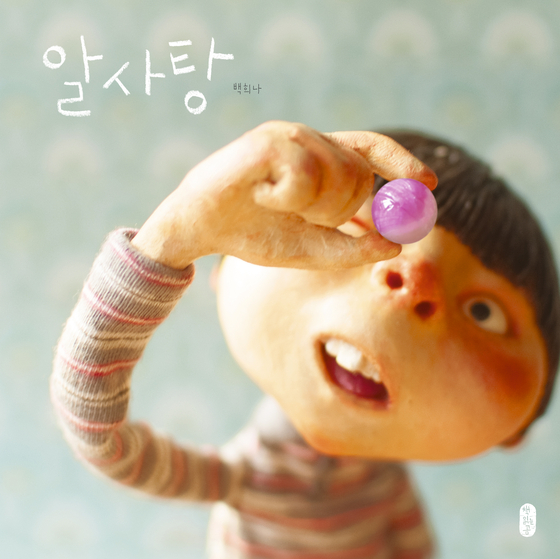 The children’s musical “Alsatang” is presented at the Galleria Foret near the forest in Seoul. [HARLEQUIN CREATIONS]

Until August 28: The musical “Alsatang” is based on the children’s book of the same name written by Baek Hee-na. Baek is a renowned picture book author who won the Astrid Lindgren Memorial Award, called the “Nobel Prize for Children’s Literature”, last year with her book “Cloud Bread”.

Since its premiere four years ago, it has been a hit with young children. The story revolves around a character named Dongdong-e, a shy nine-year-old boy who usually spends his time at home playing with marbles. One day, he visits a small store to buy more marbles and discovers a strange-looking jigsaw puzzle. He buys it, and the adventure ensues when he puts it in his mouth.

*Most tickets are available at ticket.interpark.com/global or by calling 1544-1555.