from September 23 to 25: Korean music label Palmtree Island will hold its first gala concert and feature an array of performances by its artists. Singer and musical actor Kim Junsu founded the label in April 2021, when his contract with CJes ended. 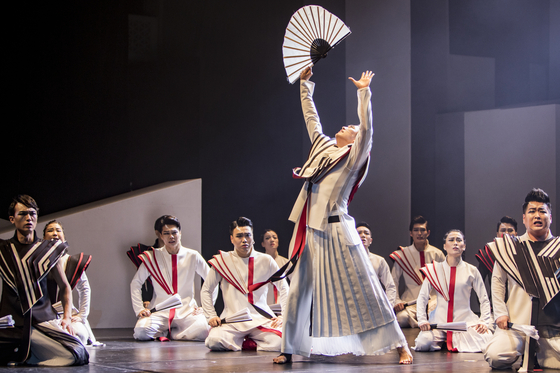 The Korean traditional show “Red Cliff” is performed at the Sejong Center for the Performing Arts in central Seoul. [JEONGDONG THEATER]

Until September 29: Preserving tradition while adding creative touches may seem like an oxymoron, but the combination of Pansori and modern dance go together surprisingly well. This 100-minute performance uses pansori to explain how the three heroes of the Three Kingdoms (57 BC-668 AD) fight each other during war.

October 2 and 3: Since its Korean premiere in 2014, “Disney in Concert” has steadily grown in popularity. Children attend concerts dressed in the costumes of their favorite Disney characters, becoming an annual ritual. For the next concert, songs from Disney classics “Cinderella”, “Beauty and the Beast”, “The Lion King”, as well as “Frozen” and “Frozen 2” will be performed accompanied by the Ditto Orchestra. Disney Concert singers Aaron Philips, Lisa Livesay, Andrew Johnson and Whitney Claire Kaufman will perform at the upcoming concert.

Children must be at least four years old to participate.

Among the many versions of “Swan Lake”, the national ballet company will perform the work of choreographer Yuri Grigorovich, who is known as a living legend in the world of ballet.

Grigorovich’s version removes some parts that might be considered less dynamic and adds more dance sequences such as pas de deux and folk dancing to maximize the pure enjoyment of the performance.

Tchaikovsky’s music is arranged more rhythmically compared to other versions.

Unlike the original story which has a tragic ending, this version has a happy ending where the protagonists fight the main villains.

October 20 – January 1, 2023: Alegria, the timeless Cirque du Soleil classic, has been reinvented for a new generation. Titled “In A New Light Alegria”, the Canadian live entertainment group said it was a fresh take on the original concept, adding bolder creative changes and stronger acrobats to the newly designed sets.

The show premiered in 2019 to mark the anniversary of Alegria’s first performance and will make a premiere stop in Seoul next month. The troupe had struggled enormously to maintain its activity during the Covid-19 pandemic. But with the subtitle “The Intermission is Over”, the group resumed their performances, and Seoul is their first city.

Alegria has entertained people since its premiere in 1994, seen by over 14 million people in 255 cities around the world. The troupe traveled to Korea four years ago to perform “Kooza,” another extravagant show featuring clowns.

October 27 – 29: “Hodong” is a traditional dance performance by a national dance company based on the Korean folk tale “Princess Nakrang and Prince Hodong”. The performance, which features the themes of war, love, betrayal and death, is a combination of modern techniques and classic feeling. The Legend of Princess Nakrang and Prince Hodong is a tragic love story from the Three Kingdoms period of Korea (57 BC to 668 AD).

October 28 – 30: Singer and songwriter Paul Kim will hold a national tour to promote his latest EP “Star”. It will stop in six cities, including a three-day concert at the Sejong Center for the Performing Arts in central Seoul. Kim’s label, Neuron Music, said the latest EP was carefully crafted by the artist with a theme, “Remember this moment” – a message he wants to say to himself to remember he is. became the star he is today thanks to his fans. 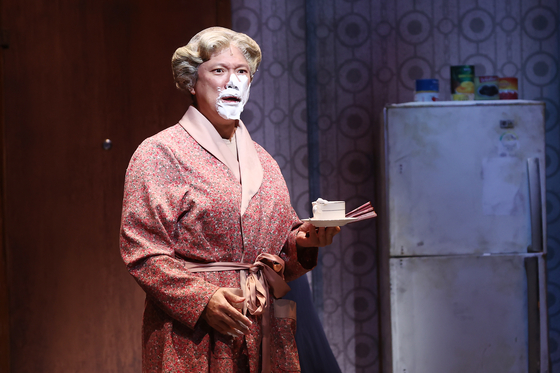 Until November 6: The Korean production of the Broadway musical “Mrs. Doubtfire,” based on the 1993 film of the same name, is currently playing at the Charlotte Theater in Jamsil, southern Seoul. It is the first international production of the comedy The show is a comedic musical about a middle-aged man named Daniel Hillard who is unemployed and divorced.After losing custody of his children, Daniel creates an alter ego of a Scottish nanny, Mrs Doubtfire, to stay in the lives of his children.

Until November 13: “Elisabeth” is a musical fusion of fantasy and fiction based on the life of Elisabeth von Wittelsbach, Empress of Austria and Queen of Hungary, from her childhood until her murder in 1898.

The show stars Ock Joo-hyun, a former member of girl group Fin.KL, who has played the role of Elisabeth in numerous productions. The upcoming show, produced by EMK Musical Company, features Ock again to celebrate the 10th anniversary of its premiere. She will alternate the role with Lee Ji-hye.

There are no shows on Mondays.

November 28 and 30: In this highly anticipated concert for classical music lovers, the eminent conductor Daniel Barenboim will travel to Korea for a two-day concert. Barenboim scheduling a new concert in Seoul comes as a surprise as the classical music titan, who turns 80 in October, has struggled with health issues in recent years and pulled out of scheduled performances.

Although he performed with the West-Eastern Divan Orchestra in Berlin in August, he canceled Wagner’s “Ring” cycle at the Berlin State Opera, which was due to take place early next month. Korea’s Mast Media hosted the maestro’s upcoming concerts in Seoul. Under Barenboim’s baton, Staatskapelle Berlin, a resident orchestra of the Berlin State Opera, will perform “Symphony No. 1 in C Minor, Op. 68” and “Symphony No. 2 in D major, op. 73.” With around 450 years of history, Staatskapelle Berlin is one of the oldest orchestras in the world.

*Most tickets are available at ticket.interpark.com/global or by calling 1544-1555.